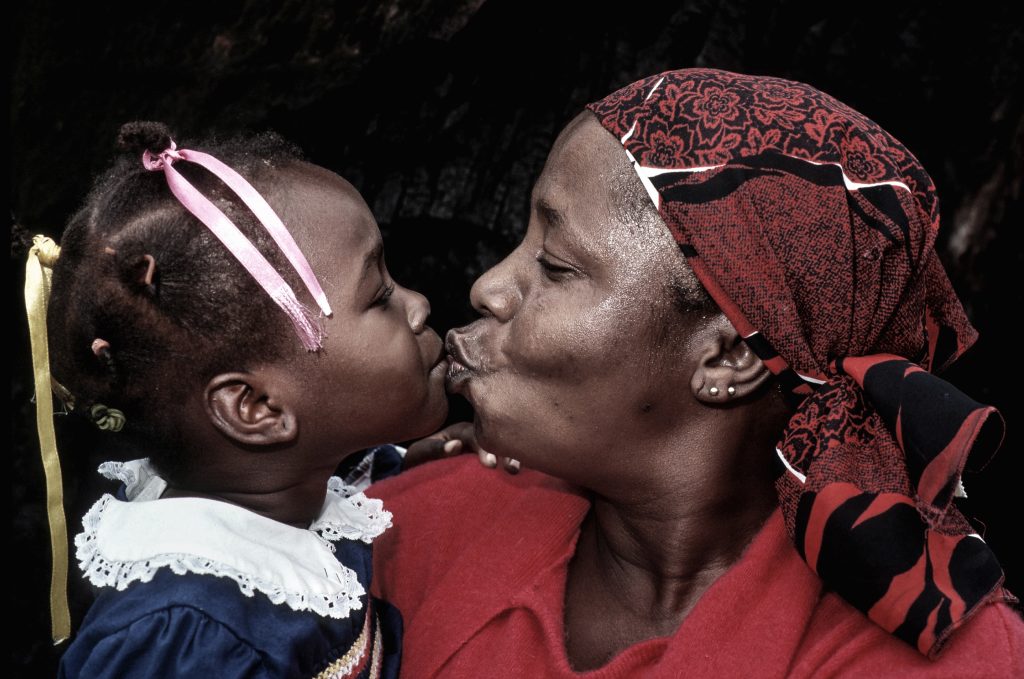 A thank you to two friends

It was the year 1992 and I just had a bumpy flight behind me, coming from The Gambia with destination Sierra Leone, and there I found myself once again on the soil of war ravaged Sierra Leone.

I had just passed through immigration formalities and was on my way to the Lungi International Airport Hotel, in a taxi that resembled more scrap metal then a car and on a road that was no more, and was wondering whether I would ever make it there.

I was to meet two gentlemen, Germans – I was told by a friend of mine, one a writer and one a photographer, a team, both passionate professionals and fascinated by the continent of Africa.

They wanted to meet with me to explore the possibility of working together on a project that would focus on Africa as a whole and the work of SOS-Children’s Villages in particular – something like a book which would capture life ,beauty, mystery, pain and joy and diversity of Africa in form of photos and text which would allow any audience in the world to get a feel of this continent, I was told.

Squeaking breaks and a sudden stop finally landed me at my destination. I got off this antique peace of metal, paid the driver, took my hand luggage and entered the hotel, or so it was called.

The receptionist slept at his desk and the reception area was thick with humid air, empty and dark.

Looking around me I spotted two lonely figures down the hallway. I approached them and both of them greeted me as if we knew each other for ages.

How unusual for strangers I thought to myself and yet their warmth and easy approach immediately sparked a strong liking and sympathy in me towards them -Walter & Guenay.

So long ago it is when I met these two unique individuals.

This was also the start of a strong, honest and unconditional friendship which would last to date.

Over the years I had the opportunity to get to know them better, both in their professional work and in private and learned to appreciate them even more and that we share a common inclination – a passion for Africa.

The time I was privileged to spent together with them I will always treasure.

Walter has gone from us forever, some years ago, but will always be remembered. Guenay is, thanks God, still with us and our friendship is as strong as ever.

Both have kept ,through their work, the memory of many voiceless people in Africa alive – happiness and suffering and hope.

Through their writing and photos they have given the world a piece of history of mankind’s doing – good and bad.

They have always been true to their principles and believes and values – their heart and minds never influenced to gain power or fame.

Their only mission, to tell the world what a wonderful continent this is and yet did not shy away to capture moments of misery man can bring upon himself.

In a world as cold as ours can be some times, they have always been a beacon of joy, humanity and friendship.

They lived simple and humble amongst the people who’s story they wanted to tell to the world. They toughed peoples heart and were not afraid nor did they spare any effort to share with people – the common man, the poor, diplomats and authorities – their vision and story.

In my mind Walter was and Guenay still is an advocate of the people who could not speak for themselves and who would have otherwise been forgotten.

Walters writings and Guenay’s photos reflect the light and dark side of Africa and is a call on all of us to embrace peace, understanding and respect between and amongst mankind.

Walter’s work was and Guenay’s still is an inspiration to many as much as it is for me.

In memory of Walter and deep appreciation and admiration of the work and person – both – Walter and Guenay.